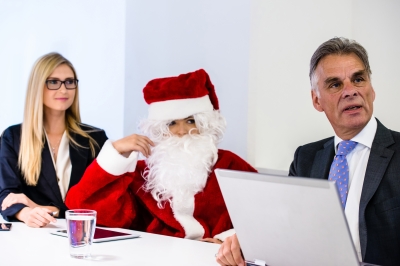 So you are fed up in your current role but think that you can hang on in until the Christmas party has been done and all the frivolity has finished – Why?

It is a bit of a misconception that businesses suddenly stop recruiting during the crazy time of the Christmas holiday season when in fact it is far from the truth. Roles still need to be filled and this is definitely something to consider if you are thinking of starting to look for a new job in the New Year.

So why start looking now rather than the New Year?

There are a number of reasons firstly and probably most importantly January is typically the busiest time in recruitment. It is when people come back from their Christmas break and start to look around meaning many more candidates in the market, so why not get ahead of the game and get your CV in front of companies now and be ready to start a new job in January rather than start looking.

Technology Departments and also HR have yearly headcount & budget targets to meet and as such the urgency to bring people on means that there is usually more flexibility on interview times and dates and also hiring processes can become less complicated.

And don’t forget, it is the season of good will, which means people generally are in great moods which is never a bad thing.