A Cautionary Tale of Reputation and Recruitment Branding 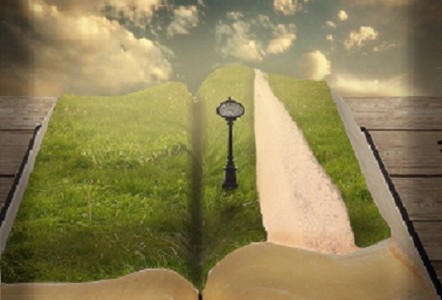 Once upon a time, many many years ago there was a company who had big ambitions; they wanted to be the best and biggest at what they did.

So they brought in a Management Team who realised that for the company to be what they wanted to be they needed to hire the best people to help them do this. They were one of the first to embrace using ASP.NET (yes that long ago) fully and their recruiter (ahem) was able to promote their company to a (very small at that time) group of developers, These developers had come out blinking from the darkness of Classic ASP, VB6, Visual C++ and VB.NET to the shiny new world of C#. Everybody was happy, the developers got to work on the latest technology, the website got built quickly and management looked after the developers making it a happy place to work. By being on the cutting edge of technology and methodologies everyone wanted to work at the company because they had a brilliant reputation, the company grew and grew and became the UK’s biggest and best at what they did.

Then it went wrong!

The company had gotten BIG and lots of management layers implemented, it all got corporate. The “keeping developer’s and techies happy” approach went out of the door and with it so did a lot of their staff. Disgruntled that their previous happy place to work had become super corporate and the technology whilst still cutting edge was becoming just the same as other company’s. The developers spoke with their feet and left and this caused a problem, if a significant number of people, all working in the same team, all leave a business within a short time it creates a ripple through the industry that can turn into a reputation killing tsunami.

The company got a bad rep!

With employees leaving and talking to recruiters, to future employees, to their mates down the pub, to people they met at events, to new colleagues the ball of rumour and speculation grew until it became almost impossible for them to attract the level of developer the company needed. Anyone the friendly recruiter spoke to about the company had heard negative rumours and didn’t want to be submitted, the rumours had created doubt in people’s heads something needed to be done.

Luckily the company whilst losing some very talented and important people still had a number of key people who still believed in their vision. A new leader was brought in who also shared the vision and the team worked hard to rebuild the environment that they had, making it even better than before.

They started developing again using bleeding edge technology and implementing marvellous methods of working, it was a sight to behold, a fantastic place, all they needed now was some amazing people to come and work  for them, but they still couldn’t get the staff they wanted

Their rep was still bad!

People still listened to the rumours,  the ball was still rolling, people didn’t believe. What could they do, building a reputation is hard enough but rebuilding one is even tougher.

A meeting was called; the first thing was to look at how did they promote their new and improved environment to get people through the door, the friendly recruiter needed to be briefed. This meant not just being given a job spec but really understanding why it was such a supercool place to work again, this involved speaking to recruitment team, business leaders and the developers who worked there, finding out what had changed and why it was so amazing.

Now the recruiter had the magic information, the stuff that developers needed to know, so started to approach developers, some of whom who had previously turned down the chance of interviews. By talking about what had happened honestly and explaining to developers what the business now offered people starting to become interested again.. As the recruiter is someone who talks daily to a lot of people in the industry they were also able to have conversations with the developers who had left the company. She proudly told them about all of the marvellous changes and new shiny tools that the company had implemented and how everything had changed, this started to get positive mumblings from them. (the ball was slowing)

People started going through the door!

The company realised that they need to really beef up their recruitment brand so the second way of promotion was to get involved in more events, getting their developers to show off their new shiny tools by doing talks and to also mix with other developers to tell them that it was once again a great place to work. The word was getting out

The company still needed to shout about this more, but how can you promote yourselves to people who spend most of their days tied to a computer? So they went online and created a jobs page that really showed what it was like to work at the company. They moved away from corporate job ads promoting the company and instead created job ads that explained to techies what they would expect by working at the company and why they would enjoy it they created a great online brand.

Even more people starting going through the door!

Now they had all of these people all wanting to go through the door, so how to interview them? The recruiter having spoken to many developers regarding the company had collated a lot of feedback information, one of the negative rumours was how the company interviewed its staff and how the process had made their mate/colleague/drinking buddy feel. The interview steps couldn’t be changed, they company needed to make sure that the people they brought in would not only be amazing developers but also buy into their ethos and philosophy. What could be done, the recruiter sat down with the company and discussed the feedback they had and from this by tweaking certain elements such as taking it from a 2 stage to 1, getting the leader who was passionate about what they did to do the interview and training the other team members involved how to present what they did.

Not only where people through the door but they loved the process!
(The ball had stopped)

The team starting growing again, and with top notch people, the word started getting out, people started approaching the company wanting to work for them. Other companies looking at their model started to emulate them once again. The developer’s were happy again!

So what is the moral of this story, well really there isn’t one. It’s just an example of how easy it is for your company can gain a bad rep through rumour and chat. It is important if you are looking at growing that your recruitment brand is positive and says everything you want it to say in the market.